Alberta held PNP Draw with the highest CRS cut-off since February: New Express Entry draw was held in Alberta on December 7, in which they invited the candidates under Express Entry to apply for the provincial nomination program (PNP). Alberta invited 100 Express Entry Candidates to apply for a state nomination on November 24th. Most of this year’s Alberta Immigration Nominee Program (AINP) draws were relatively small, given that we invited more than 200 candidates at a time. Another draw in January was as small as 100, with a minimum of 50. With an Alberta draw of 350, the scoring requirements were also relatively high. Only one other drawing of the year had a high cut-off score of 360 in January.

The  IRCC limits the number of nominations that Alberta can issue each year. In 2021, Alberta is authorized to provide 6,250 nomination certificates. So far this year, Alberta has issued 6,094 nomination certificates. This may be the reason why the draw size is so small that there are only a few nomination votes left. According to the government website, as of December 7, there were approximately 400 Alberta Opportunity Stream requests and 825 statement of interest requests in the Alberta Express Entry Pool. 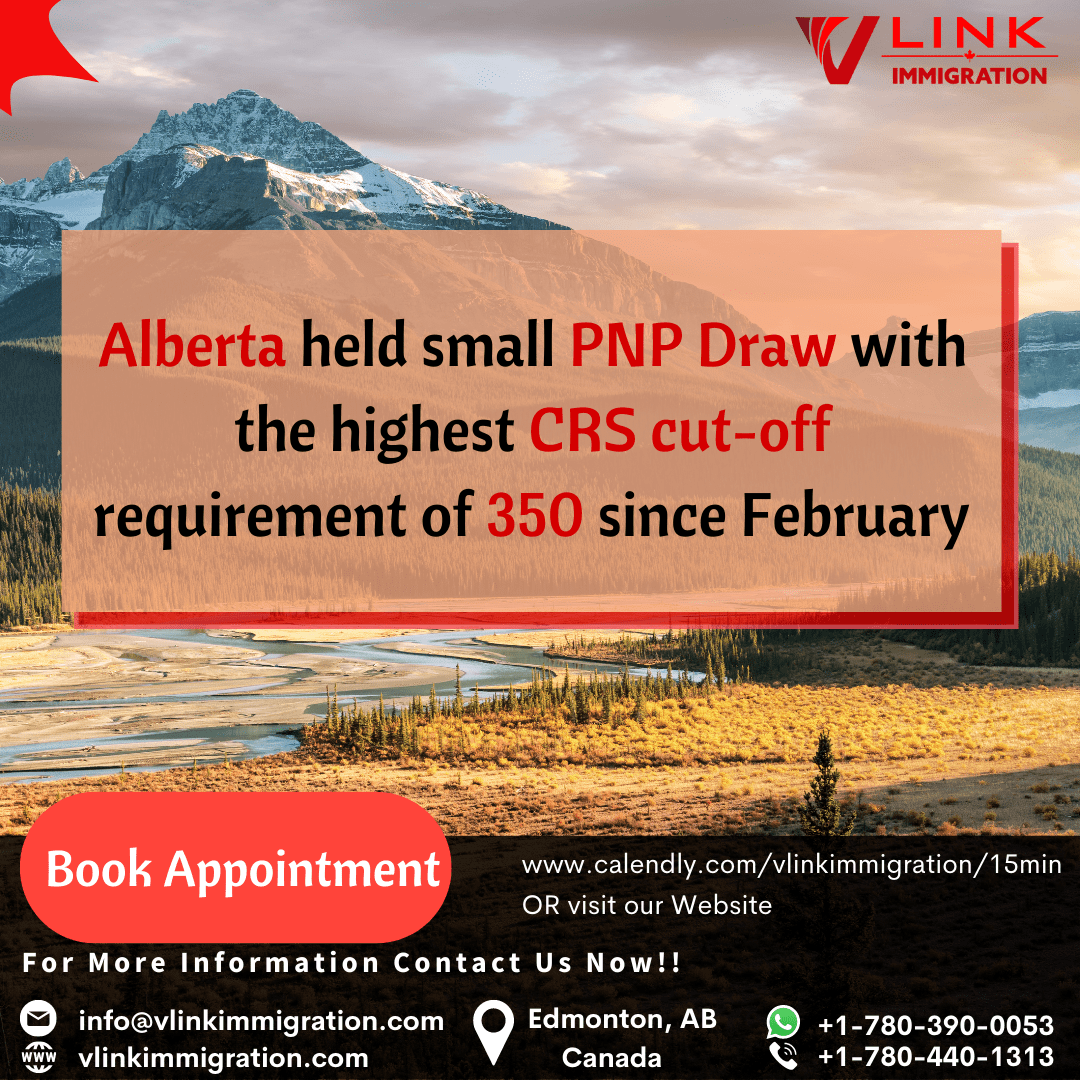 Some occupations take time to be processed

Vlink provides you with the best immigration lawyers in Edmonton.

We hope that you will like our article on Updated Rules for Canadians Coming back From South Africa. In case you have any queries related to the immigration process to Canada, please feel free to contact us. Our best immigration lawyers in Canada will assess your profile and give you the best suitable option.