Alberta PNP Invitation Draw issued to 250 PNP Immigrants: New Express Entry draw was announced by Alberta on May 25, in which they invited the candidates under Express Entry to apply for the provincial nomination program (PNP). Hence, with this draw, about 1,909 invitations had already been issued by the Alberta province to the Express Entry candidates who can apply for the provincial nomination program (PNP) in the year 2021. Alberta PNP Invitation Draw invited 250 candidates under Express Entry through Alberta Immigrant Nominee Program (AINP) on May 25th, so as to apply for the Express Entry stream of Alberta. However, the invitation was already sent on 18th may to the eligible candidates. This year the requirement for the Comprehensive Ranking System (CRS) score was at least 301, which means it is one point more than the previous two draws. 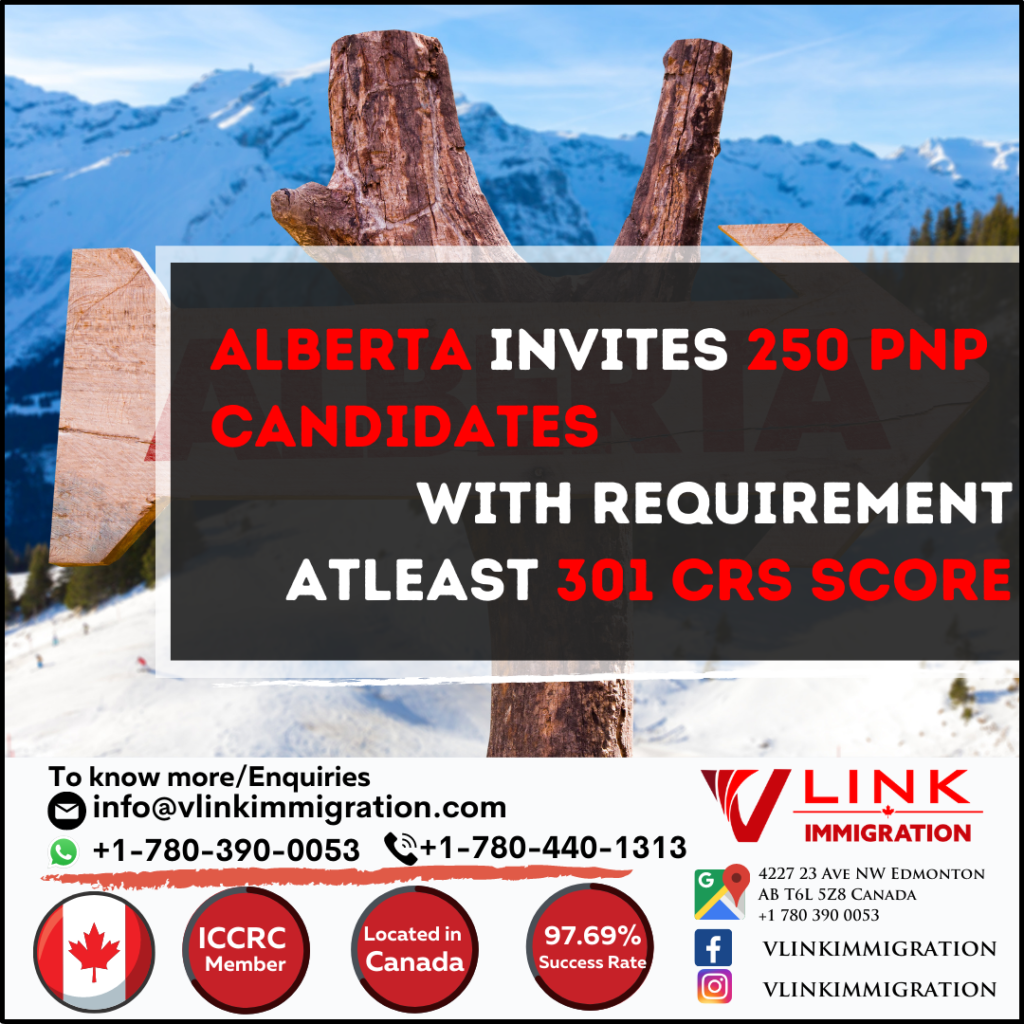 We hope you like our article on the Alberta PNP Invitation Draw issued to 250 PNP Immigrants. In case you have any queries related to the immigration process to Canada, please feel free to contact us. Our best immigration lawyers in Canada will assess your profile and give you the best suitable options.