On April 20, B.C. invited 90 immigration Candidates to apply for provincial nominations in the BC PNP Tech Pilot Draw. Under the categories of Express Entry BC and skills immigration, the candidates are given invitations under the British Columbia Provincial Nominee Program (BC PNP) Tech Pilot draw. 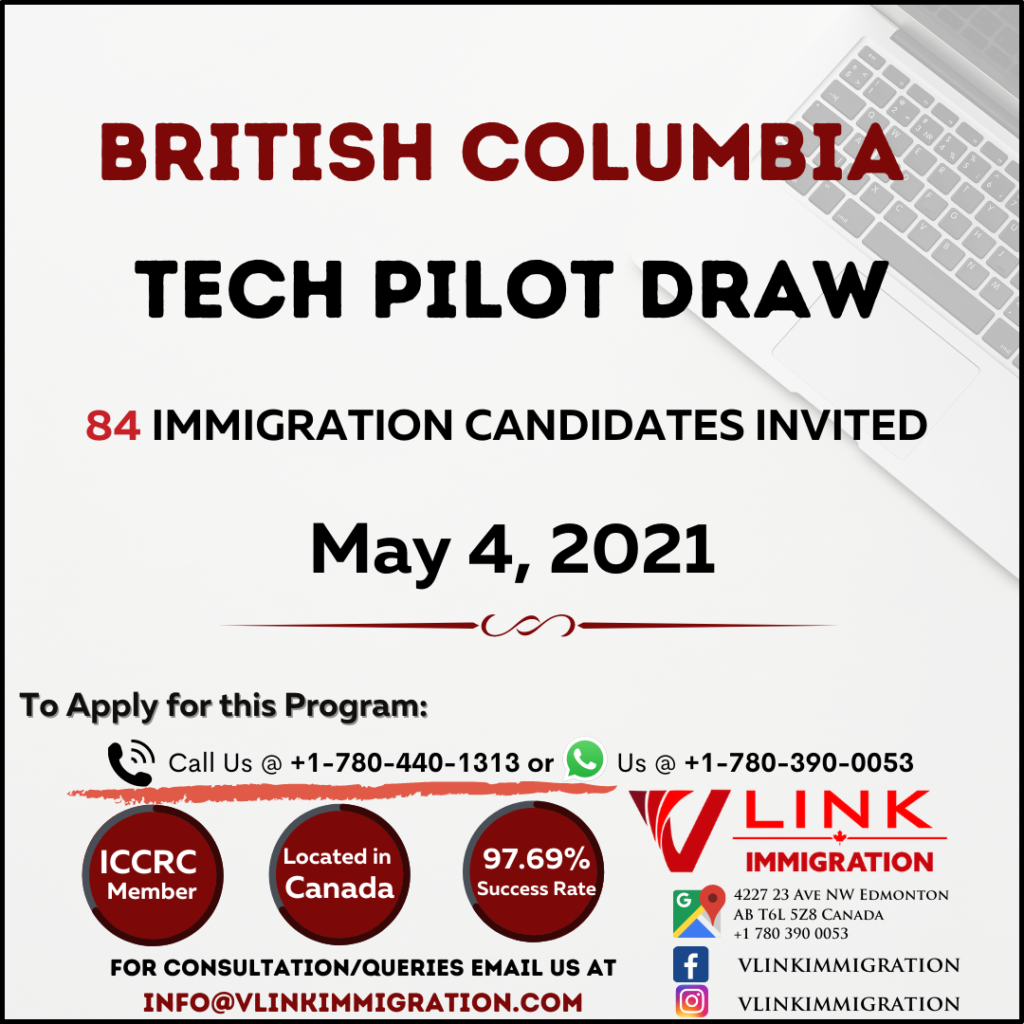 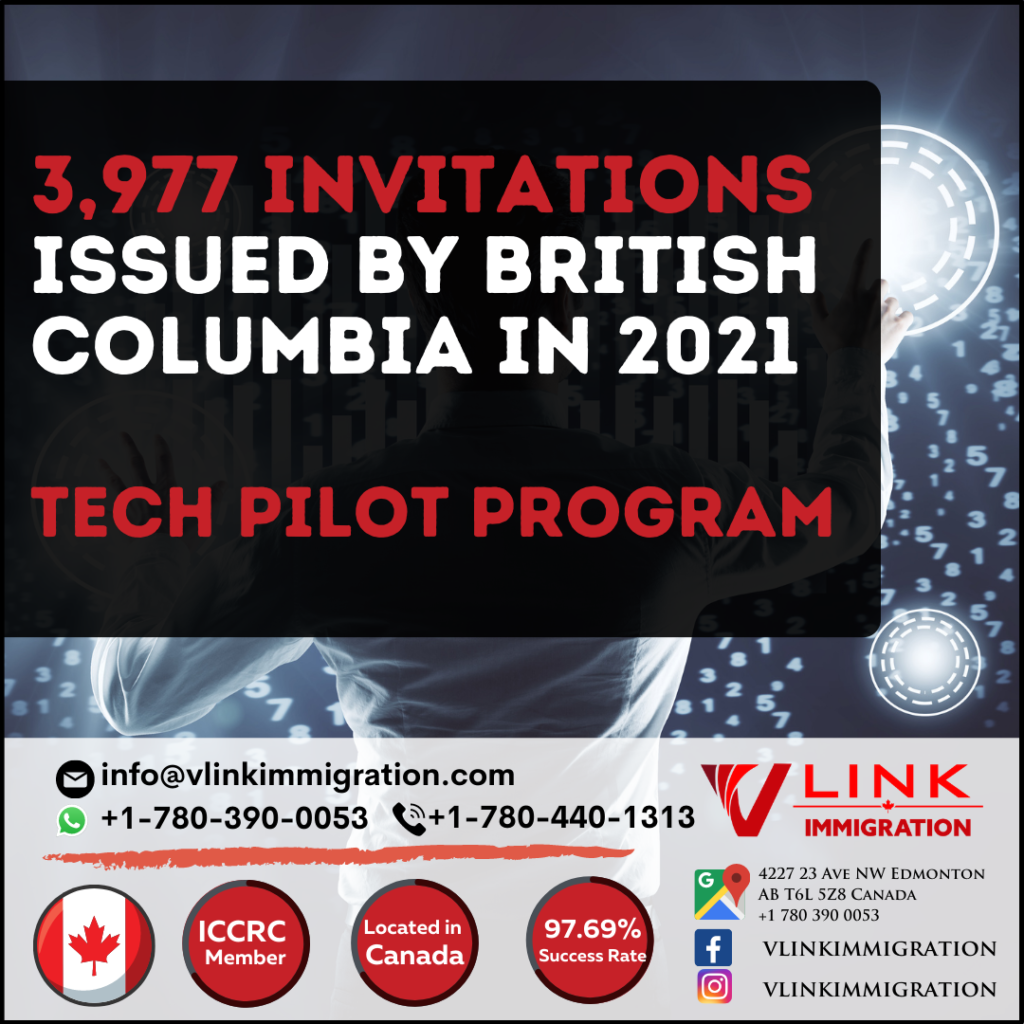 We hope you like our article on BC PNP Tech Pilot Draw invited 84 Candidates | British Columbia PNP. In case you have any queries related to the immigration process to Canada, please feel free to contact us. Our best immigration lawyers in Canada will assess your profile and give you the best suitable options.