Immigration Refugees Citizenship Canada (IRCC) introduced new immigration programs for about 90,000 people which includes the students who are international graduates and the essential workers to become permanent residents of Canada, along with an infinite number of applicants who can speak the French language. So this May six new immigration programs will be launched by the Canadian government for international students, essential workers, and French speakers to get their permanent residency in Canada.

On April 14, the immigration minister of Canada, Marco Mendicino, announced the new immigration programs. Among these six programs, three will cover the way for about 90,000 new immigrants this year to get their permanent residency status in Canada, and the rest three programs are for the immigrants who can speak the French language.

The new immigration programs are for the temporary workers that are employees in hospitals and in long-term care of homes, and also for those who are on the frontlines of another essential sector, also the international student who graduated from an educational institution of Canada.

IRCC on May 6 will start accepting the applications under the following pathways:

The programs will be remained to be opened till November 5 this year or maybe till the government has reached up its limit. The new public policies will apply to the workers in about 40 occupations that come under healthcare, along with this there are 95 other essential jobs in many different ranges of fields, like production of food and its distribution and also caregiving. 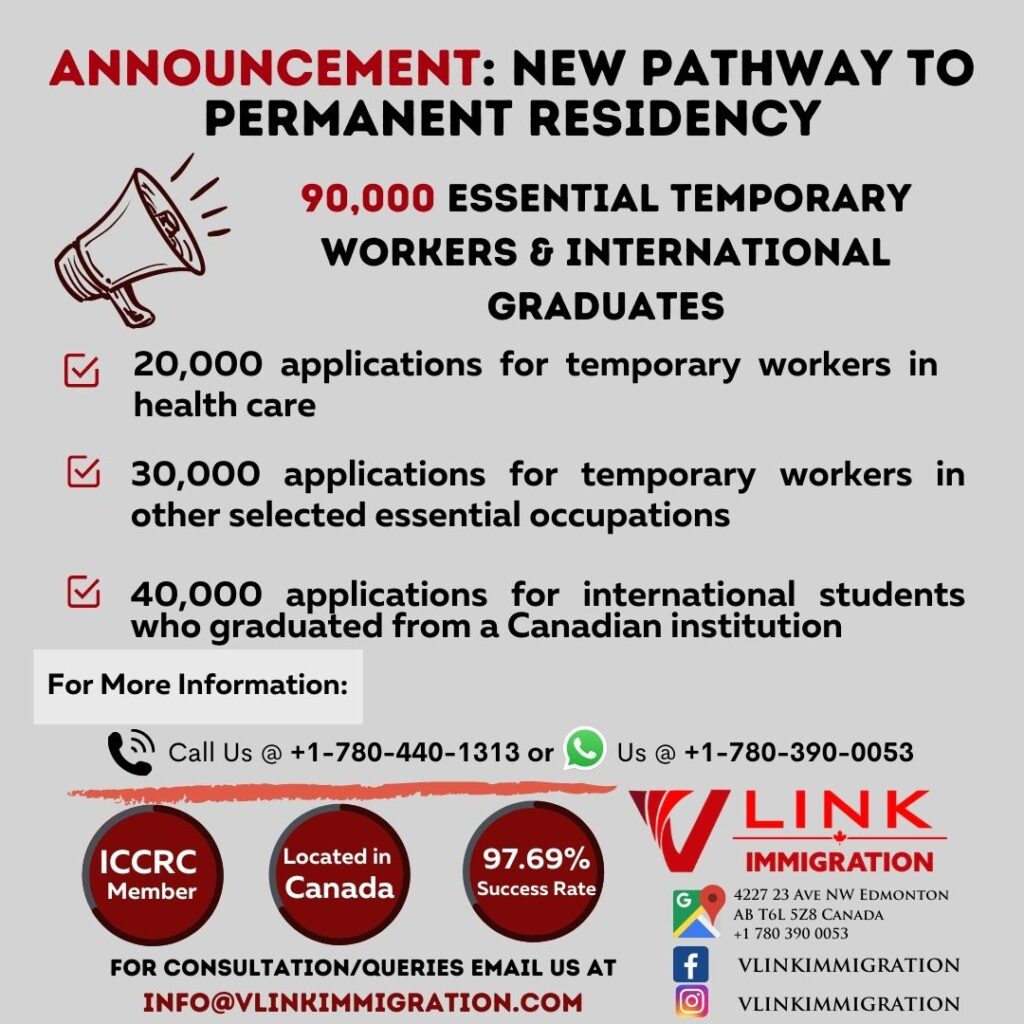 The eligibility criteria for these programs is that

These new immigration programs will be helping those people who have a temporary status and are planning their future or want permanent residence in Canada. These programs play a crucial role in the economic recovery of Canada and help to build their back better.

The economic recovery of Canada from new immigration programs

Before the pandemic, due to the aging of the population and low fertility rate, Canada has looked to immigration so as to help in decrement their demographic challenges.

This decade over 9 million baby-boomer in Canada is reaching the retirement age. Since there are not very enough new workers that can fill the vacancy of people in the labor market, Canada will not continue the competitive economy. Moreover, the young generation will also put pressure on the care of an older generation, and due to this, there may be chances that the older generation may not receive proper care.

Canada has been looking forward to higher immigration so as to support its population and the labor force growth to maintain high living standards.

Although still, it is early, the target of 401,000 newcomers to come to Canada is about to get accomplished by Canada. As per data shown by IRCC, nearly 50,000 new permanent residents are welcomed by Canada in the beginning first two months of the year 2021.

We hope you like our article on Canada launches 6 new immigration programs. In case you have any queries related to the immigration process to Canada, please feel free to contact us. Our best immigration lawyers in Canada will assess your profile and give you the best suitable options.

One Reply to “6 new immigration programs for international graduates, workers”