The Government of Canada has created different work visas and visitor visas to accommodate the requirements of Canadian economy. One of the work visas is the Temporary Foreign Worker Program (TFWP), which is designed to help those who want to work in Canada for a short duration.

The Temporary Foreign Worker Program is a program designed by the Canadian Government to give opportunities for foreign workers who want to get employment in this country for a short duration. The Temporary Foreign Worker Program allows people to work in this country for only six months, with the possibility of further extensions. 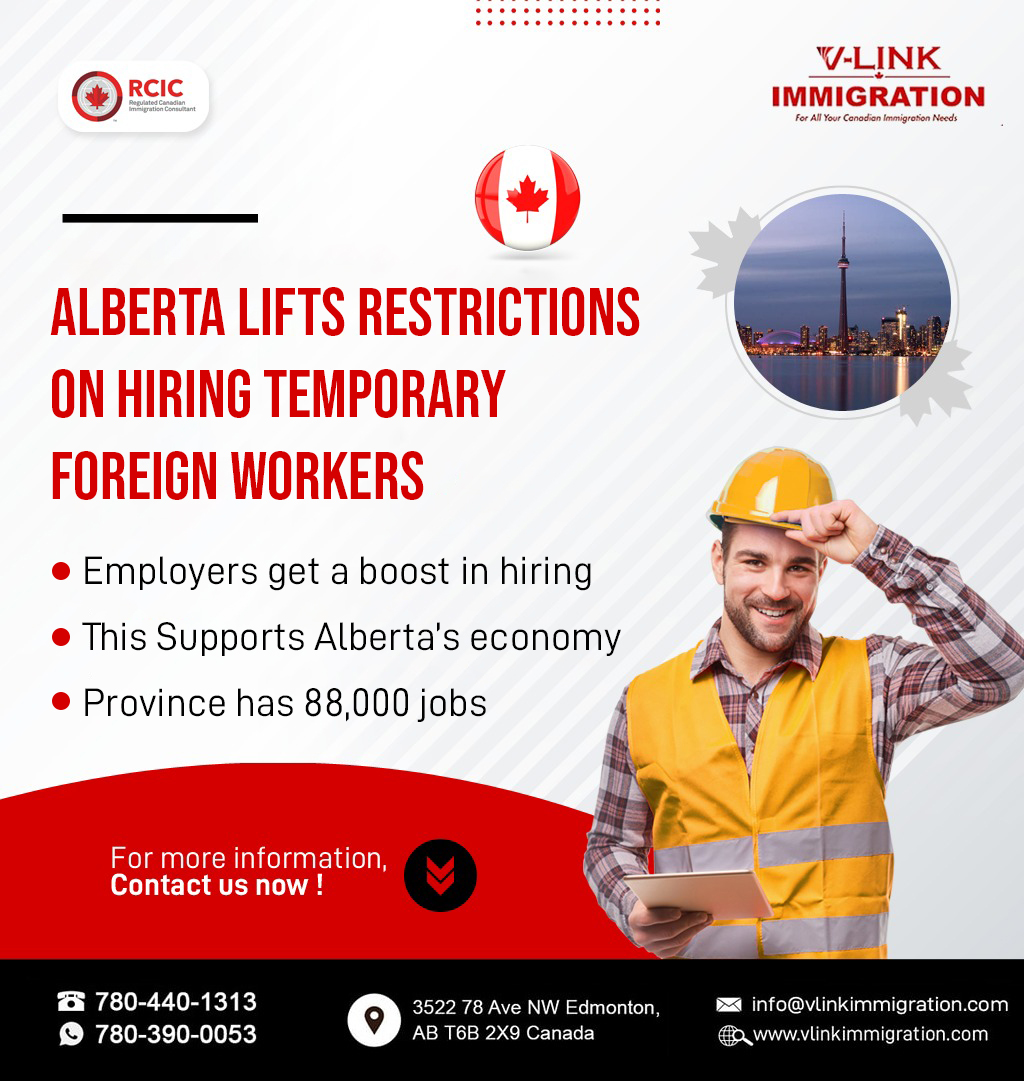 Alberta Lifts restrictions on hiring on this Visa

Alberta province has given its employers a boost by lifting restrictions on hiring temporary foreign workers.
This process has removed all occupations that were on a ‘refusal to process’ list . This process supports sectors of Alberta’s economy that are experiencing labour shortages and struggling to fill vacant positions with Canadian workers.
The latest statistics of Canada show Alberta had more than 88,000 jobs vacant.
The government operates the temporary foreign worker program (TFWP) and was refusing to process TFWP applications for these occupations on the advice of the government of Alberta. Alberta was seeking to boost employers to hire unemployed Albertans.

The purpose of the temporary foreign worker program (TFWP) is to enable employers in this country to hire foreign workers to fill job vacancies when employers unable to find a permanent resident or Canadian citizen to do the job. An employer required to submit a LMIA application to the government.