Improvement in the Canadian immigrant labor market before the pandemic

The recent Statistics, as per the Canada report, examine how immigrated candidate’s employment rates and wages are compared to the workers born in Canada has over in the past two decades. Before the pandemic period, the gap in the performance of the Canadian immigrant labor market between Canadian citizens and the immigrants either was closing or might be remaining steady.

In a recent report, the Canadian employment and wages between the years 2000 and 2019 were compared by Statistics Canada. It was found that the outcomes were different and depend on the outcome that they were measuring or gender, and the years they live in Canada. This study has taken look at the rate of employment, which is the instances of employment, along with the weekly wages of both men and women of ages between 25 to 54.

Between the years 2000 to 2015 the earning gaps for the similar socioeconomic characteristics of immigrants and the workers who were born in Canada. In the subsequent year of study, an improvement was observed between the earnings of both men and women. The reason for these improvements in late 2010 might be due to the rise in the demand for labor.

Immigration economic outcomes have tended to be more sensitive towards the economical changes than for those of the Canadian-born counterparts. This is specifically true for the employment rates, and the earnings, as per the study. For instance, in the year 2015, there was quite a strong demand for labor. This resulted in the improvement of earnings, mostly for the new and the recently immigrated men. However, these improvements were not observed equally among all the groups. The wage gap between immigrated men and women who are living in Canada for more than 10 years might watch a little improvement during the study period.

Another factor that has contributed to the improvement of recent economic outcomes of the immigrant was the increase in Canada’s trend towards the “two-step” immigration selection process. In another context, more immigrants are now selected from the pool of temporary foreign workers. The study said that the expanding two-step selection process of immigration might have been “more important than other single factors” in the improvement of economic outcomes of the immigrants since the year 2000. Other studies have shown that new permanent residents who have work experience in Canada are expected to do good in the job market as compared to the immigrants who were immigrated from abroad. 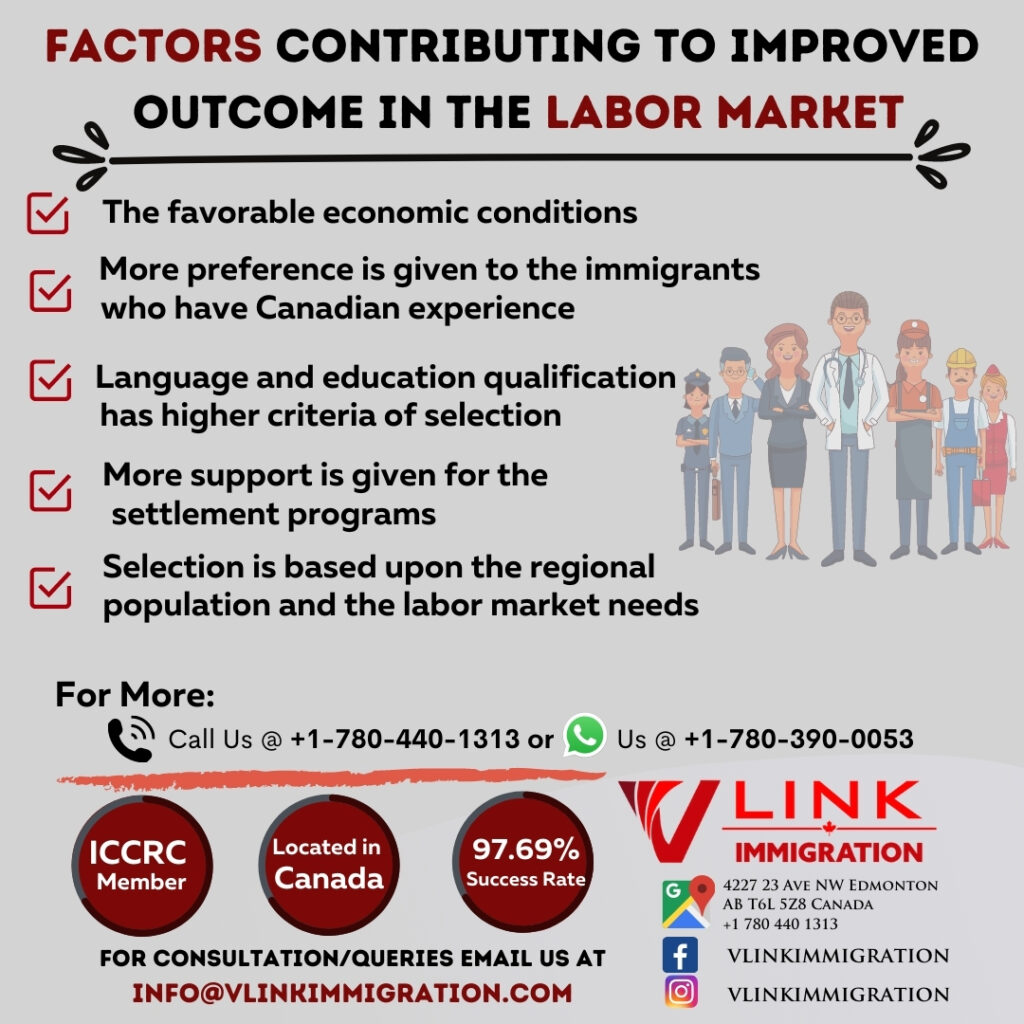 In the early 2000s, Canada has revised its points in the immigrant selection system. Immigrated people who have higher levels of education will get more points. Language requirements were also made compulsory and strict. Due to these changes, as per the study entry earnings of the new immigrants have been increased.

Canada has also changed their settlement policies so as to address the employment barriers such as the recognition of foreign credentials. In the late years of the 1990s and 2000s, Canada has also put more money into the settlement programs and has also introduced the regulation for licensing, bridge training, and mentoring.

Analysis of the performance of immigrants in post-pandemic

During the pandemic period, a high capacity of the immigrants worked in the hard-hit sectors, which resulted in the immigrants being affected by a coronavirus. Moreover, the new travel restrictions and the other measures of public health have become barriers to the arrival of the new immigrant. Due to this Canada has forced itself to admit more candidates for immigration who are already living in the country since they have less possibility affected by these restrictions and measures.

In the recently published Labour Force Survey, the economy of Canada was closer to the pre-pandemic levels. The Industries that recruited a huge number of immigrants have started looking for some resurgence. These gains are likely to be short-lived, however, due to the rise of the third wave of the coronavirus, Canada has made tighter restrictions in April.

The 2021 budget of the federal government has laid out the spending priorities of Canada for immigrants. Some items that have implications for the immigrant outcomes have reformed to the Express Entry system, enrichment to the Temporary Foreign Worker Program, support for the newcomer women, and the pathways to the essential workers and international graduates for the permanent residence in Canada.

We hope you like our article on Improvement in the Canadian immigrant labor market before the pandemic. In case you have any queries related to the immigration process to Canada, please feel free to contact us. Our best immigration lawyers in Canada will assess your profile and give you the best suitable options.