This week has been a quite busy week for Canadian immigration. Besides two draws of Express Entry and the multiple Provincial Nominee Program (PNP) draw, Canada has announced six new immigration programs for the international graduate students, the essential workers, and the French language speakers, that can be used as a pathway for the permanent residence in Canada. This program will launch this May. Under the six new immigration programs, the application will start getting accepted on May 6, 2021, till Novembar 5, 2021.

In the first draw held on April 14, Provincial Nominee Program (PNP) invites 266 candidates to apply for permanent residence in Canada. Candidates must have a score of 753 under the Comprehensive Ranking System (CRS). This seems to be a high requirement. However, the candidates under the PNP will be awarded 600 CRS points as an additional point. That is the candidates will only need a core score of CRS which is 153. 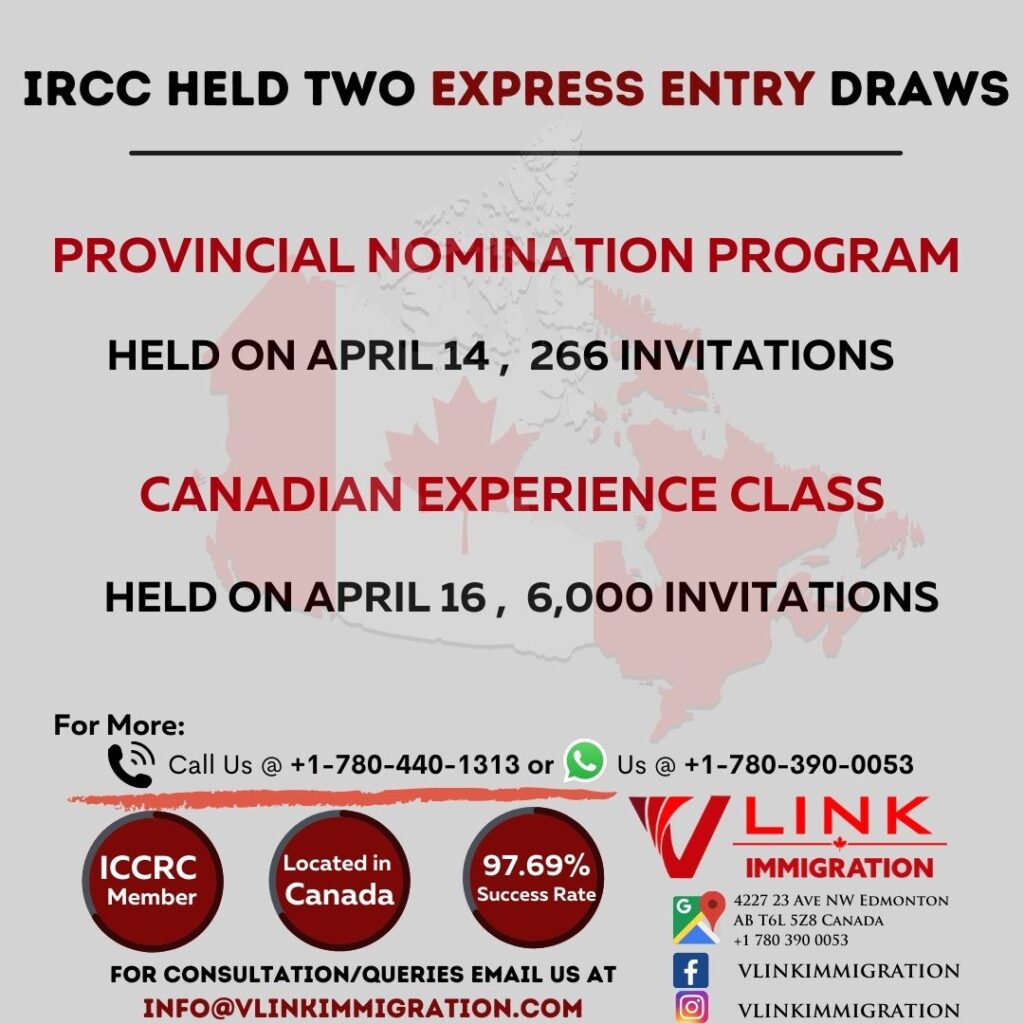 On April 13, Ontario invites 528 candidates under Express Entry so as to apply for the provincial nomination program (PNP) for their permanent residence in Canada under the Ontario Immigrant Nominee Program (OINP). For candidates to receive an invitation they are needed to have some tech experience with them. The candidates must have a profile in the federal Express Entry system of Canada and must have a CRS score between 456 and467  and also have work experience in the eligible occupation to get invited through Express Entry Human Capital Priorities of the province.

These invitations were issued by

For one of the draws, the minimum required provincial scores were between 79 and 95 points. A total of 420 candidates for Canadian immigration were invited from this draw. For another 21 candidates, invitations were issued using another that targets mostly the retail and wholesale trade managers (NOC 0621) and the managers of food services (NOC 0631). And the rest 11 candidates were invited from Entrepreneur Immigration streams.

We hope you like our article on Canada held new Express Entry draws this week for Canadian immigration. In case you have any queries related to the immigration process to Canada, please feel free to contact us. Our best immigration lawyers in Canada will assess your profile and give you the best suitable options.