The unemployment rate falls to low of 5.2 % in Canada

Canadian government added 15,000 jobs in April and the unemployment rate fell low to 5.2% as the job market remained heated, according to data released by Statistics Canada on Friday.
There is no sign that the tight Canadian market will ease soon. In addition to the modest number of jobs added, the unemployment rate among core-aged workers (ages 25 to 54) hit a record low, at 4.3%, as did the involuntary part-time unemployment rate, at 15.7%.
Faced with an increased cost of living because of higher inflation and enticed by high wages, some Canadians who retired at the onset of the pandemic are returning to the workplace, which helps fill some job vacancies.

The losses in full-time jobs were covered by part-time jobs and the number of vacancies came to 47,000. 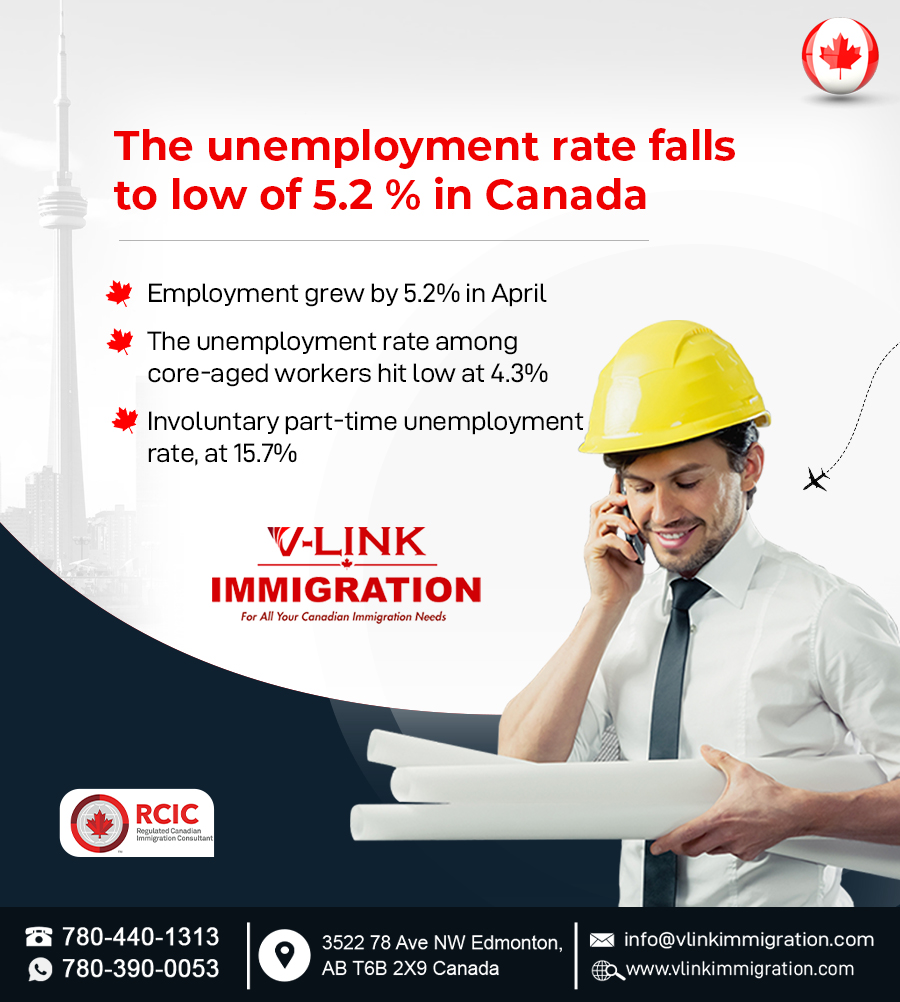 These are the highlights of the observations of the Statistics Canada survey report:

These are the unemployment rates in Canadian provinces as shared by Statistics Canada:

In April 2022, the industry sector of technical, professional, and scientific services added the most jobs. This sector added 15,000 jobs. The public administration sector added 17,000 jobs and that happened mostly in Quebec.